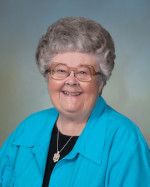 Janet is well known for her photography which has been featured on Valley City calendars, the North Dakota “Horizons” calendar, the cover of “North Dakota Water”, and the “Horizons” magazine.